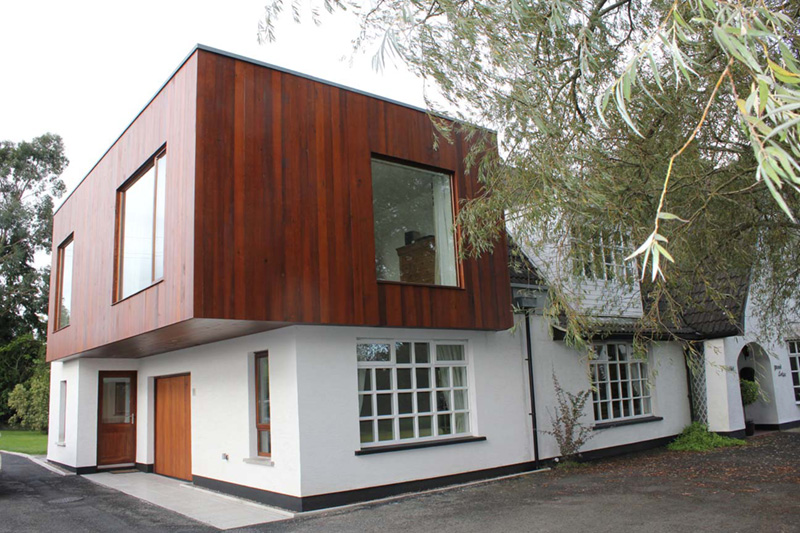 The clients brief from the outset was clear. They wanted an extension to the house that contrasted yet complimented the existing house; made sense of the existing garage, utility room and dining space; created a better sense of arrival at the ‘back door’; and caused as little disturbance to them as possible as it was being constructed. The initial design discussions immediately revolved around the idea of prefabrication of an element at first floor level that could be delivered to site pre finished and bolted into place. The concept of the ‘timber box’ as it became affectionately named by the client, was agreed and changed little from those initial meetings. The clients also stipulated that they wanted to embrace the southern aspect to the rear and wanted to make the most of the views at first floor level. The work required for the ground floor of the existing house meant that complete prefabrication was not possible, however the final design consisted of a structural steel platform support inserted in the first floor construction which allowed for a timber frame first floor box that cantilevered over the entrance. The timber frame construction to first floor was delivered and built on site and linked to the existing house by a glazed corridor at the same level. This first floor was then super insulated, fitted out and overclad in Western Red Cedar. All new external windows and door were Iroko. The construction took little over 12 weeks to complete and in truth the first floor element was delivered and built on site in 1 day.